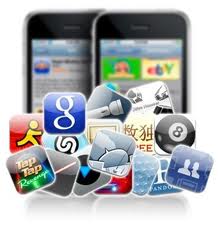 May 1, 2001:Wikipedia, a free encyclopedia launches.  Originally just 6 articles, when the site is opened to allow others to edit it, the site quickly becomes a crowdsourced reference cited in major media.

May, 2003:LinkedIn begins. LinkedIn strives to be known as a business-related social networking site used by professionals from its inception.

May 23, 2003:WordPress, a publishing platform using php that hosts blogs, is released.

March 1, 2004:Facebook, a social networking service which began at Harvard, is adopted and championed by  the college student crowd.

June, 2006:Myspace becomes the most popular social networking site in the United States.

July 15, 2006:Twitter launches as maybe the first “mini-blogging” site, as it only allows 140 characters in each post.

September 5, 2006:Facebook launches its news feed feature to a mixed reaction. Users are not used to their every move being tracked in one general stream.

March 1, 2007:Facebook reaches one million active users in the UK.

May, 2007:StumbleUpon is acquired by eBay.

May 24, 2007:opens up it’s platform to developers, allowing them to integrate games and widgets.  Popular games such as Farmville, Bejeweled Blitz, and Mafia Wars appear soon after.

July 29, 2007:Apple releases the iPhone in the United States, making the Smart Phone as ubiquitous as the Television. It’s master stroke is allowing users to access social media sites and apps through their phone.

April, 2008:Facebook becomes the most popular social networking site, surpassing Myspace which had been in first place since June 2006.

July 4, 2008:TweetDeck launches as a desktop application for power users of Twitter, Facebook, LinkedIn, Myspace, and other social networking sites.

March 11, 2009:Foursquare launches, taking advantage of built in GPS functionality in Smart Phones, to be a location-based social networking website.

February, 2010:Twitter users at this point are sending 50 million tweets per day.

April, 2010:Facebook at this point in time is delivering more than half of all U.S. social medial referral traffic

May 10, 2010:Google Wave, a web-based platform designed to merge email and social networking, is released to the general public. By the end of 2010, Google would hand it over to the Apache Software Foundation.

October 1, 2010:Aaron Sorkin’s The Social Network opens in movie theaters in the United States.  The film about Facebook and its creator, Mark Zuckerburg, will go on to win 3 oscars.

October 26, 2010:YouTube’s growth is illustrated as Lady Gaga becomes the first person to receive one billion overall views on YouTube.

February, 2011:Social networking websites such as Twitter and Facebook become tools for social and political upheaval, as activists organize an uprising in Egypt, and throughout the Middle East and North Africa.

August 19, 2011:StumbleUpon surpasses Facebook in delivering more than half of all U.S. social media traffic.

October, 2011:NextDoor.com starts beta testing.  Slate: Nextdoor, the social network that promises to introduce you to the people on your block. [1.   Seth Stevenson]

About This Timeline’s Curator:  Jay Turner has has been involved in Internet Marketing since 1994, when he made his first For Profit business website.  He now focuses his time on building HistoWiki.com to be  a place where people of all persuasion and viewpoints can help build the historical archive of their passionate interests.  You can reach him by going to his G Plus profile here: here.Are we missing anything?  Do any of these entries NOT belong? Feel free to make some suggestions below!  And hit the Facebook Like button if coming to this page made it worth coming to HistoWiki.com today.  Bookmark us now and follow the Timeline’s up coming changes by hitting the “Subscribe to” button below in the comment section!