Water is an important element for survival and the advancement of plumbing has made providing water much more convenient.

Plumbing originated during ancient civilizations such as the Greek, Roman, Persian, Indian and Chinese cities as they developed ways to irrigate their crops and provide public baths, wastewater removal and portable water. Here is a timeline of historical events that have shaped the modern plumbing systems that we know today.

The earliest plumbing pipes were made of baked clay and straw and They dug wells as deep as 300 feet and invented the water wheel. We know this because bathrooms and plumbing features have been found in the pyramids for the dead.

4000-3000 B.C. – Archaeologists put the first water pipes in the Indus River in India, dating back to 4000-3000 B.C. Egyptian ruler Menes also supported a thriving civilization by constructing canals, irrigation ditches, and basins. The first copper pipes were made by the Egyptians.

Around 52 A.D. –  Rome boasted an estimated 220 miles of aqueducts, pipes and water channels that carried water from the mountains to the city to supply baths, homes and public wells. The water channels were powered by gravity and carried 300 gallons of fresh water for Romes citizens.The Roman Empire developed complex ancient plumbing systems along with aqueducts, underground sewers, public baths, bronze and lead piping systems, and even marble fixtures. The Greeks mastered the science of hot and cold running water. They made shower technology for athletes to bathe in after their Olympic games.

The Roman baths heated their hot water with wood furnaces. Public latrines had 20 seats arranged in a single room while water constantly ran beneath them and carried waste to the nearest sewer. As cities grew, the waste caused outbreaks and diseases. After the fall of the Roman and Greek empires, plumbing technology came to a standstill until many decades later.

Traces of early sanitary practices existed in monasteries and castles of feudal lords in England. Most castles in England had Garderobes, a Garderobe being a projection with a seat on which you sat, and the waste simply dropped into the soil, moat or river below. Menials were made to scrape and carry away this waste.

1738  – The first valve-type flush toilet invented by J.F. Brondel. In that same year,  John Harington gifted Queen Elizabeth I with the first flushable toilet. She was too scared to use it because it made terrible rushing water sounds.In America,

The first shower was invented. It continually pumped the same wastewater from the lower basin to the top and dumped water directly above the bathers head. It was considered a novelty and performed only once or twice a year.

1815 – Philadelphia was the first to undertake a safe water supply in . Steam turbines were used to draw water from the Schuylkill River into Centre Square.

The first public water main was installed under New York streets.  Multiple fires meant there was a need for an adequate water supply for fire fighting.

1833 – The first floor of the White House received running water.

1848 – The National Public Health Act was passed in England and became the role model in plumbing codes around the world.

America built its first integrated sewer system in Chicago as an alternative to waste being dumped into Lake Michigan, which also supplied the city’s drinking water. It caused a deadly outbreak and claimed nearly 75,000 lives.

1883 – John Kohler created the first cast iron bathtub.  It was made from an iron horse trough.

1939 – World War II restricted the use of iron, steel and copper and forced the plumbing industry to start using new materials like plastics.

About This Timeline’s Curator:

Jeff Tucker is a Social Media strategist at X1Plumbing.us

“I go into my library and all history unrolls before me.” – Alexander Smith 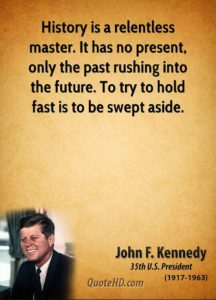