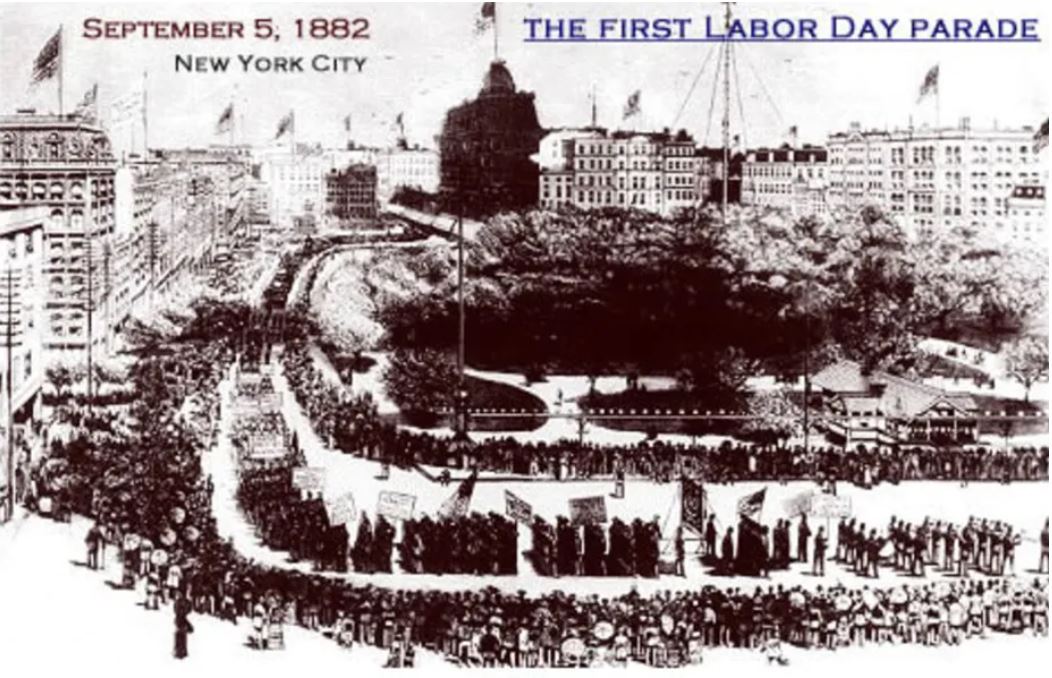 Labor Day, the first Monday in September, is a creation of the labor movement and is dedicated to the social and economic achievements of American workers. It constitutes a yearly national tribute to the contributions workers have made to the strength, prosperity, and well-being of the United States.

The history of Labor Day becoming a federal holiday in the United States is below. It is the Monday of the long weekend known as Labor Day Weekend.

Founder of Labor Day
More than a century after the first Labor Day observance, there is still some doubt as to who first proposed the holiday for workers.

Some records show that Peter J. McGuire, general secretary of the Brotherhood of Carpenters and Joiners and a co-founder of the American Federation of Labor, was first in suggesting a day to honor those “who from rude nature have delved and carved all the grandeur we behold.”

But Peter McGuire’s place in Labor Day history has not gone unchallenged. Many believe that Matthew Maguire, a machinist, not Peter McGuire, founded the holiday. Recent research seems to support the contention that Matthew Maguire, later the secretary of Local 344 of the International Association of Machinists in Paterson, N.J., proposed the holiday in 1882 while serving as secretary of the Central Labor Union in New York. What is clear is that the Central Labor Union adopted a Labor Day proposal and appointed a committee to plan a demonstration and picnic.

September 5, 1882 – First Labor Day holiday was celebrated in New York City, in accordance with the plans of the Central Labor Union.

February 21, 1887 – The first state bill was introduced into the New York legislature, but the first State law passed by Oregon.

June 28, 1894 – Congress passed an act making the first Monday in September of each year a legal holiday in the District of Columbia and the territories.

This timeline needs a curator. Could that be you? Ask us if this timeline is right for your curation via our contact us page.